We recently predicted that Chinese businesspeople would soon add as many as 20 golf courses to their portfolio of 13 clubs already purchased in the Myrtle Beach, SC, area. We speculated that a U.S. visa program that rewards foreign interests who invest in U.S. businesses that employ more than 10 people was the driver (pardon the pun). Not for nothing, those same Chinese businesses that purchased the original 13 golf courses also bought 100 homes in the Myrtle Beach area.
Now, according to a recent New York Times feature, the interest in Myrtle Beach could have a different root reason –- a Chinese government crackdown on the operation of golf courses. As part of an ongoing campaign against systemic corruption among China's government officials, Premier Xi Jinping and his government have shuttered 66 golf clubs that had been built illegally. Since 2004, according to the Times report, golf course construction in China has been banned for environmental reasons related to "unrestrained development." Developers and local municipalities essentially ignored the ban for much the same reasons, money; the developers tied the golf to adjacent high-rise luxury buildings they sold to China's new millionaires, and the municipalities found the tax revenues were just too lush to ignore.
But now more than 15 officials are under investigation for accepting bribes and other crimes and misdemeanors related to business done on the golf course, and any developer who undertakes to build a new layout will find it hard to identify investors. Those Chinese millionaires who have become infected by the bourgeois game of golf are now left to invest in other places where they can play.  Welcome to Myrtle Beach. 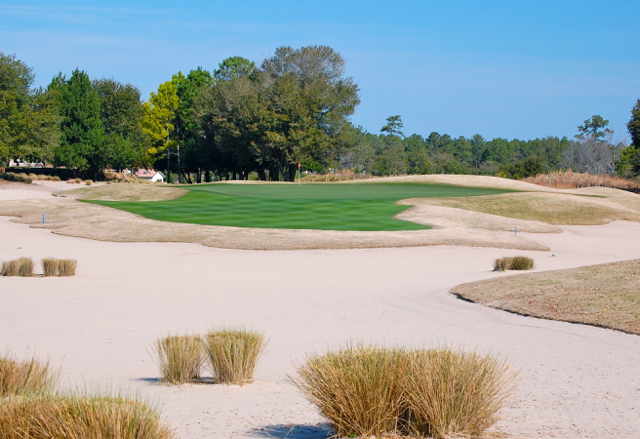 Chinese businesspeople purchased an undeveloped section of the Grande Dunes Resort for $5 million. Could the Resort's popular and excellent golf course be next?