We don't rely on rumors, but some are too strong to ignore. This morning on the golf course at Pawleys Plantation in Pawleys Island, SC, my playing partner stated decisively that Chinese investors had made a successful bid for the multiple golf courses owned by National Golf Management (NGM), including my own club, Pawleys Plantation. The source she mentioned seemed reliable enough that I sent a couple of text messages from the golf cart to people intimate with the Myrtle Beach area golf scene. A long-time and well-connected member of one of the NGM clubs indicated he understood that due diligence was under way between NGM management and the Chinese investors, and that an announcement of a sale could be just days away. Others were more circumspect about what they knew, but no one denied a sale was imminent. As one Pawleys Plantation employee replied, perhaps a bit too quickly, when I asked if he had been informed of the purchase, "I don't know, but why wouldn't they [the Chinese] buy the courses? They have plenty of money."
Indeed they do, and they have spent it aggressively in recent months to acquire 13 Myrtle Beach area golf courses for more than $40 million, a mix of well respected layouts and some not considered especially top quality. One of the clubs they purchased, TPC of Myrtle Beach, was previously managed by NGM. Other courses among those purchased by the Chinese include International World Tour, with 18 holes that mimic some of the most recognizable in the world of golf; and three courses in the Classic Group of clubs – Indian Wells, Founders Club and Burning Ridge.
Should the rumors be true and the Chinese investors purchase the 19 courses currently owned or managed by NGM, the Chinese portfolio will reach a total of 32 clubs, about one-third of all current clubs between Shallotte, NC, and Georgetown, SC; and they will boast some of the Grand Strand's most iconic courses, including Pawleys Plantation, Grande Dunes Resort, Kings North, Long Bay and the "Grandaddy" of them all, Pine Lakes International, opened in 1927 and the site of the founding of Sports Illustrated magazine.
At the Pawleys Plantation Golf Club's annual meeting in February, NGM President Robert Maraugas was asked by a club member if there was any truth to the rumors about NGM selling its courses, including Pawleys Plantation, to a Chinese company. Maraugas indicated there were no active negotiations at the time, but added the oft-repeated catchall that everything is for sale at the right price.
If the rumors are true, and we believe they are, that price has been met. Given what the Chinese have paid previously for the 13 golf courses in the area, and if the negotiations include all of the 19 affiliated NGM courses, we are betting the over/under for all will be $120 million. 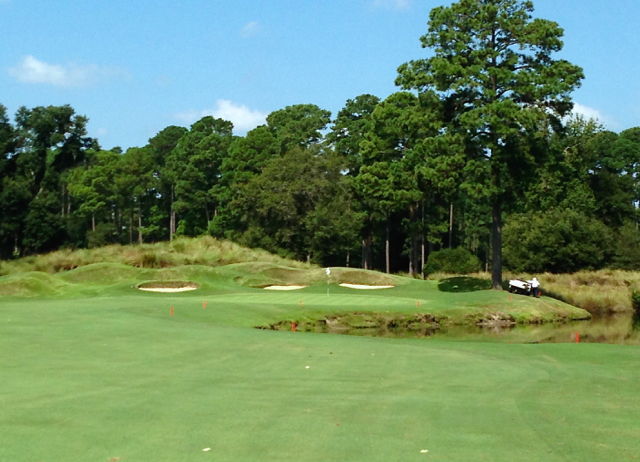 The River Club in Pawleys Island is one of the clubs owned or managed by National Golf Management that could be involved in a sale to Chinese investors, potentially bringing the number of courses in the Myrtle Beach area owned by the Chinese to more than 30.

More in this category: « Flagging Enthusiasm at Pawleys Plantation Another Reason Chinese millionaires interested in Myrtle Beach »
back to top
Back to Top