When Jack Nicklaus’ golf course design career was in its infancy, he developed a particular design quirk to call his own -– like Pete Dye’s railroad ties, or Tom Fazio’s cloverleaf bunkers and “buried” cart paths. For Nicklaus, it was trees in fairways. Nowhere was this quirkiness more in play -– literally and figuratively -– than at Pawleys Plantation, a semi-private layout in Pawleys Island, SC, that is a scoring challenge for newcomers and members alike.
Whereas many designers punish tee shots that stray from the center lane of fairways, Nicklaus puts obstacles in the middle of the typically safe areas off the tee, forcing play to the edges. For example, on the par 5 4th hole, a string of three fair-sized bunkers split the fairway in two about 180 yards to 230 yards off the men’s tees. Using the fairway to the right of the bunkers provides the best angle for a long approach shot; a play to the left of the bunkers provides a shorter approach shot, but over a wide fairway bunker that extends all the way to greenside.
But it is Nicklaus’ fairway trees at Pawleys that have been a constant thorn in the side of members and visiting golfers looking to at least shoot around par, once they subtract their handicap from their scores. 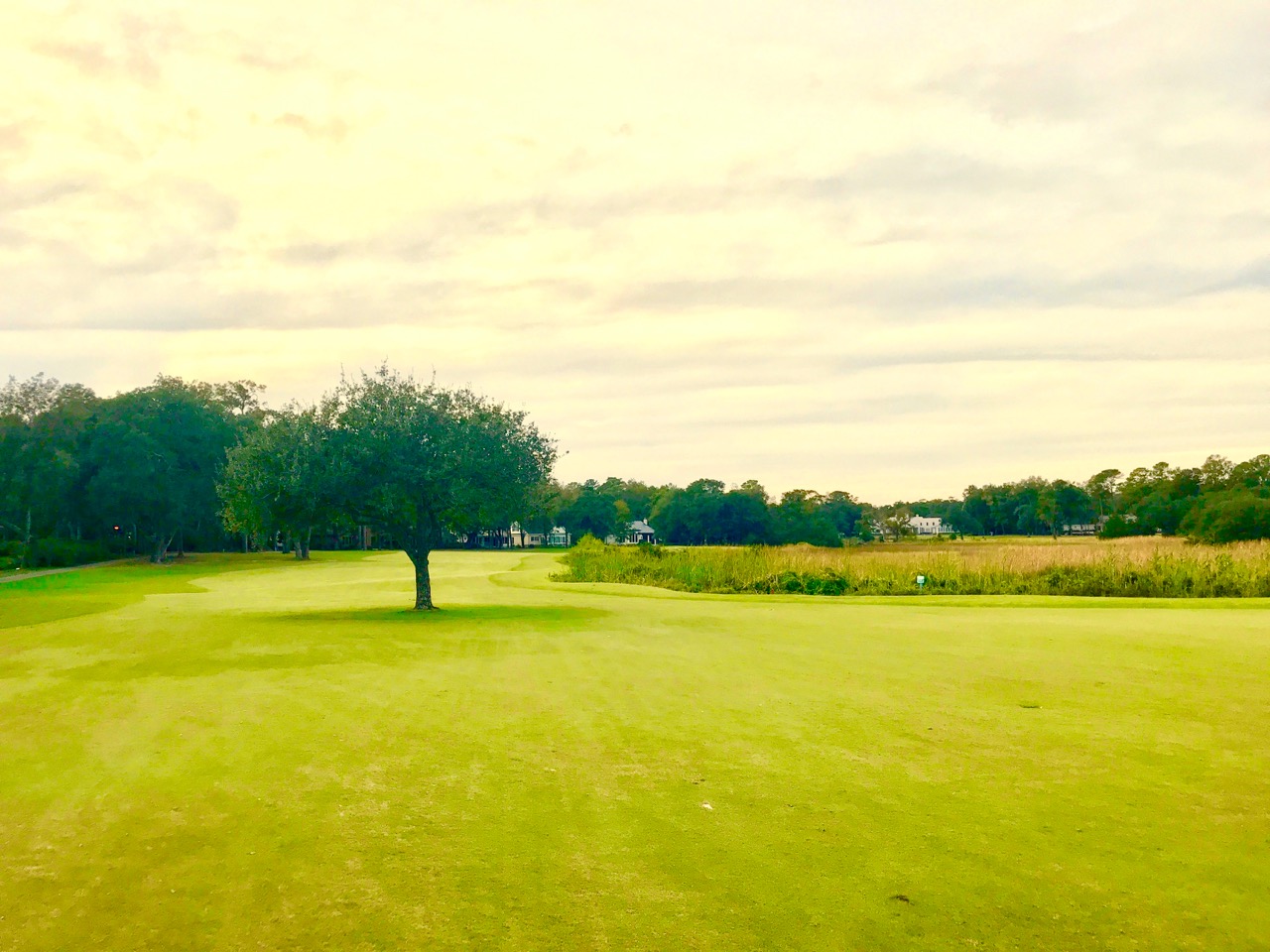 Until two weeks ago, the tree in the middle of the fairway at #14 at Pawleys Plantation made players think about their tee shots. Not anymore. The tree was removed at designer Jack Nicklaus' recommendation.
The first close encounter with a tree at Pawleys Plantation is on #5, a medium sized par 4 whose main feature is a large pond in front of the green. A well-smacked drive is required to leave a short, lofted iron approach to a typically firm green. But Nicklaus left a tall pine standing at the left edge of the fairway, and a perfect looking drive toward the middle can catch one of the tree’s branches, leaving almost 200 yards over the water to the tightly guarded green.
The epitome of Nicklaus’ design idiosyncrasy is the sprawling and tall live oak at dead center of the 9th fairway that covers 60 percent of fairway. On the theory that a tree is 90 percent air, I typically try to fly my ball over, especially if I am playing the “executive” tees. That works out about half the time. The best play is either to the right of the tree, bringing rough and woods into play; or the narrower path to the left, where even more woods and a sprawling oak just to the left of the fairway may necessitate a pitch out to the middle of the fairway on the par 4. No matter the approach, the green is extremely difficult hit as it is the most elevated on the golf course and not very deep.
Two weeks ago, after a visit and tour by Nicklaus in January of his 30-year-old course, workmen cut down a tree that was dead center on the par 5 14th hole. It wasn’t a huge tree, but it was about 10 to 20 yards beyond most good drives, and if you were behind it, you had no choice to skim a shot under its branches. Its position forced one to think about placement off the tee. 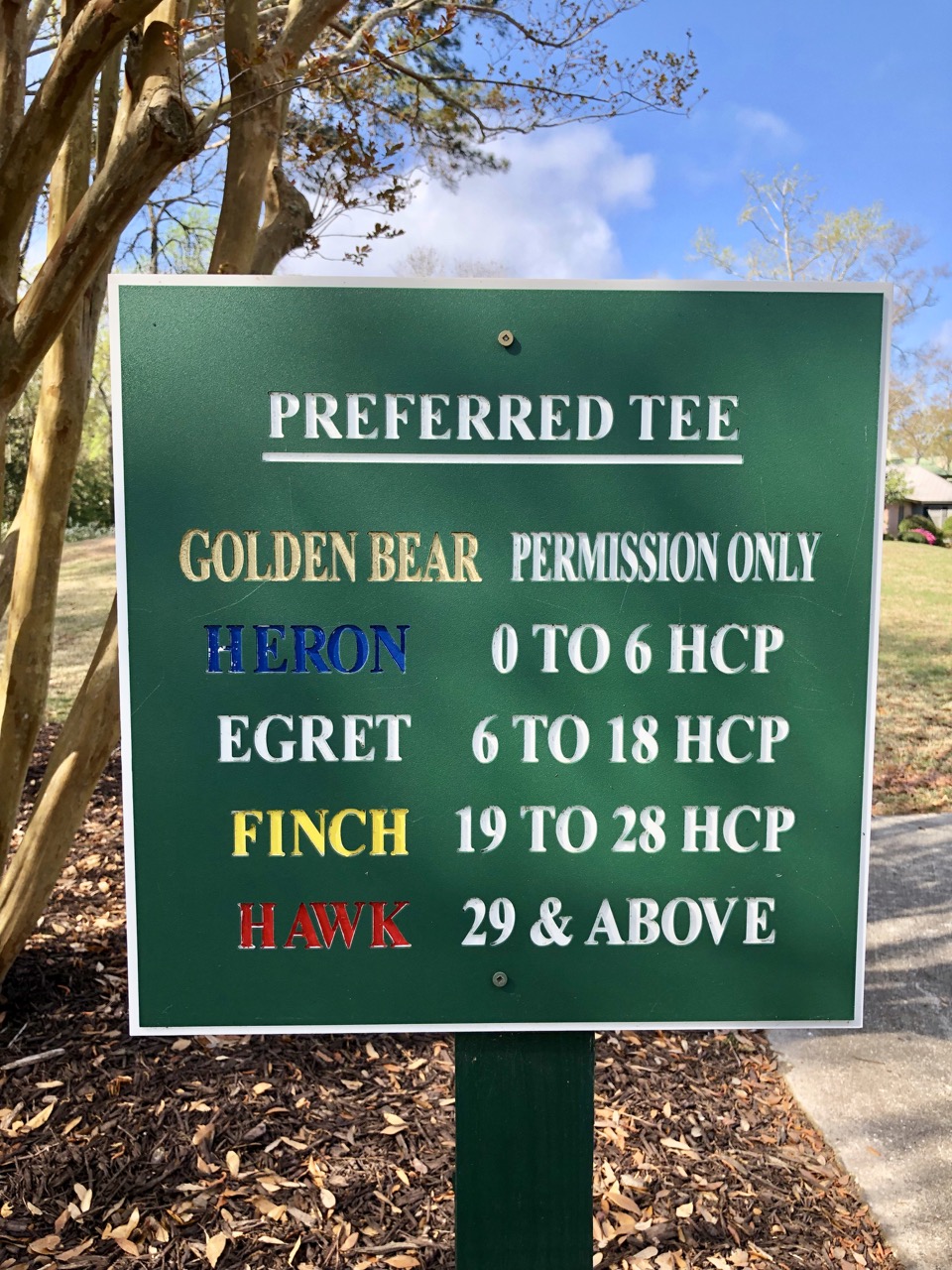 Take it from a 20 year member at Pawleys Plantation: The Jack Nicklaus design is tougher than it appears, or says.
A wide swatch of fairway to the right was the safe path but forced a layup shot over marsh. A shot to the left of the tree made for a shorter shot at an easier angle, but the cart path there and tight out of bounds along the edges of residents’ properties made a tee shot in that direction a fool’s paradise.
Nicklaus admitted during his visit in January that he thought the golf course was too hard for even decent players, and he recommended that greens that had drifted away from bunkers be restored to their original sizes, that many of the fairway bunkers be grassed in and that “a copper nail” would be enough to fell the tree on 14.
A few years ago, with Nicklaus’ affirmation, the club removed a couple of live oak trees that guarded the green at the long par 5 11th. (See my original article here.  I don’t miss those trees, although they were a lot prettier than the solo tree on the 14th. But the latter tree’s demise, in my opinion, was a bad decision, an accommodation to those who felt punished after a self-described “good” drive ruined their prospects for a layup short of the green -- as if a shot straight down the middle of every fairway is always a good drive.
Even excellent golf course designers aren’t always right.

More in this category: « Orange You Glad: Lake Keowee Residents Celebrate Clemson Win The Terror of Tiny Greens »
back to top
Back to Top