The Cream Stays at Top Among Best SC Golf Courses

The South Carolina Golf Course Rating Panel members have, once again, anointed Pete Dye's Ocean Course at Kiawah Island the best golf course in the state. The 2016 list of the top 50 golf courses in South Carolina was announced at the Panel's annual meeting and outing at Wild Dunes Resort on the Isle of Palms this past weekend. In even numbered years, the panel judges all golf courses in the state; in the odd-numbered years, panel members choose the top public courses in the state.
Finishing in order in the top 5 behind the Ocean Course, which is open to the public, were: Habour Town Golf Links on Hilton Head Island, which moved up three spots from its 2014 ranking; Tom Fazio's Sage Valley Golf Club in Graniteville; Jack Nicklaus' May River layout in Bluffton; and Greenville Country Club's Chanticleer Course by Robert Trent Jones.
The second five included, in order: Yeaman's Hall in Hanrahan, The Dunes Golf Club in Myrtle Beach, Secession Golf Club near Beaufort, Long Cove on Hilton Head and Caledonia Golf & Fish Club in Pawleys Island. Caledonia and its sister club True Blue Plantation also earned a special award for the "best value in public golf clubs." Director of Golf Bob Seganti, in accepting the award, referenced the two clubs' annual package membership of $1,895. True Blue which, like Caledonia, was designed by the late Mike Strantz, was ranked by the panel as 42nd best golf course in South Carolina. 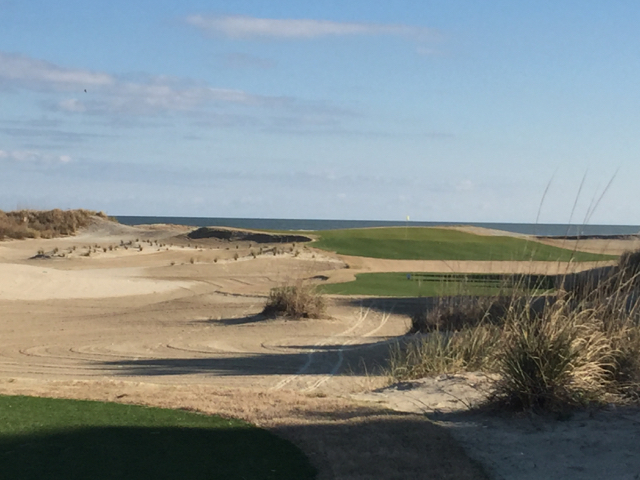 After the green at the 18th hole at Wild Dunes' Links course fell onto the beach on Isle of Palms -- for the second time -- the Fazio Design group shortened the par 5 to a par 3, bringing the green 100 yards in from the beach.
Also earning special awards at this year's banquet were Orangeburg Country Club and its classic Ellis Maples design for "best private club value"; The Legends Golf resort in Myrtle Beach for "best public golf group value"; and the McConnell Golf Group for "best private golf group value." As reported here over the last six years, McConnell has stitched together a high-profile group of private golf clubs in the Carolinas, giving members of any of its clubs access to the others. Recently, the company acquired its third Donald Ross designed course, Holston Hills, near Knoxville, TN.
Panel members attending the annual meeting played the Wild Dunes Links and Harbor Courses over two days and, at the annual banquet, listened as Brian Bowers, an executive with the Fazio organization, provided a detailed summary of the work done last summer to improve the Links course. I had played the course five years ago, and although the layout was imaginative and fun to play, the greens were too small for a course that is played often in windy conditions, the grasses around the greens were inconsistent and the green on the 18th hole, a par 5 at the time, was close to collapsing onto the adjacent beach and was buttressed by huge and ugly white sandbags. Among the changes Fazio Design made were to reshape and re-contour the greens and to pull the 18th green away from the ocean, turning it into a par 3 for now. Wild Dunes officials, including our host for the weekend, Director of Golf Jeff Minton, are counting on a sandbar just offshore being pushed toward the beach in the coming few years, providing hope that the par 5 might be restored. Every panel member I spoke with was impressed with the Links course layout except for the firm greens which, Fazio Design Group's Mr. Bowers indicated, should soften in the coming few years.
The 2016 golf course rankings are available at SCGolfPanel.org. 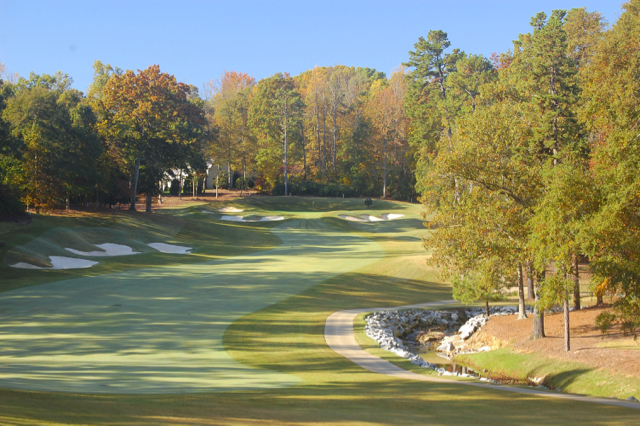 More in this category: « Wexford Plantation: Lavish homes, and a golf course to match Silly Season Strikes Myrtle Beach »
back to top
Back to Top