The Cliffs spruces up its practice facilities
Thursday, October 1, 2015

The Cliffs spruces up its practice facilities

Back in the day at The Cliffs Communities when its founder, Jim Anthony, spent lavishly to burnish his communities’ deluxe image, a half-million dollar investment in anything might have seemed like petty cash. After all, $525,000 would have been the equivalent of four club memberships at The Cliffs and would have paled in comparison with an eight-figure marketing budget, outposts in British Columbia and Patagonia, and a reported $20 million design fee for a still-fledgling golf architect named Tiger Woods.
But at communities like The Cliffs, where a full club membership of $50,000 is today about one-third its former lofty level, a $525,000 investment is no longer something to sniff at. While the popular media is going all Sword of Damocles about golf’s future, The Cliffs commitment to the practice facilities at its two oldest clubs is a thumb in the eye of the naysayers and a statement of welcome to serious golfers looking for an upscale community (and a nice show of support for its current club members looking to hone their golf games). 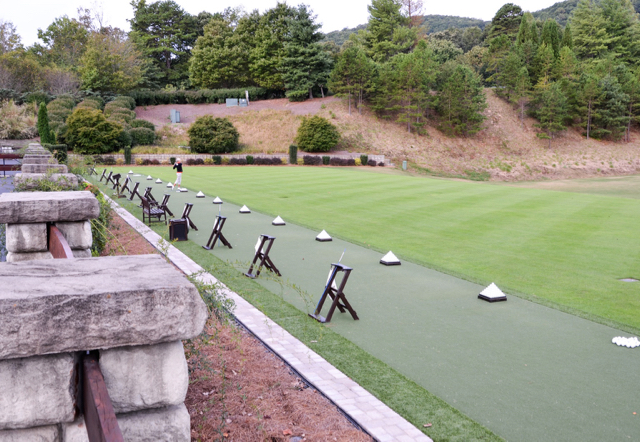 Cliffs Valley practice range        The two communities are Cliffs Valley and Cliffs at Glassy and, in the words of Cliffs Director of Golf Brian Peeples , the practice areas are now in harmony with the golf courses themselves.
“...the fun part [of the overhaul] is we now have a practice area that better replicates the experience to be had on the course,” said Peebles.
Most of the work was focused at Glassy, where the practice area was totally rebuilt and expanded from 18,000 square feet to 31,000 square feet. Exposed granite was added to the practice range’s landing areas to mimic the terrain out on the Tom Jackson designed golf course, one of the most dramatic layouts in the Carolina mountains. A short-game green and practice bunker complex were also added. 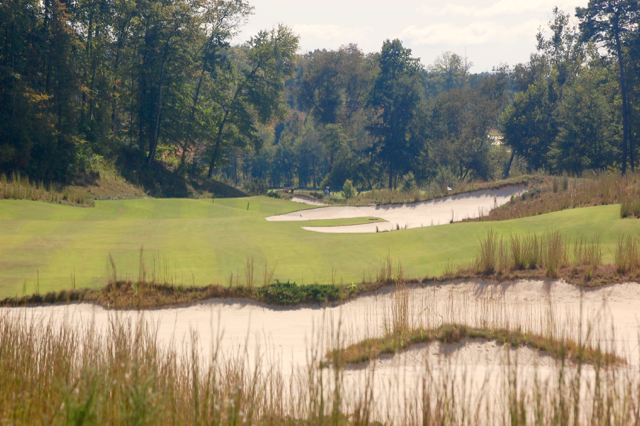 Gary Player's Cliffs at Mountain Park is the most links-like, and the most recently opened (2013) of the Cliffs' seven golf courses.        Most of the renovations to the practice area at the Valley course, which was designed by golf commentator Ben Wright in 1995, were focused on the short game area. The grounds were reshaped to simulate many of the bump and run situations players will find out on the course.
The Cliffs’ seven golf courses span a range of designs by noted architects like Tom Fazio, Jack Nicklaus and Gary Player, as well as Messrs. Wright and Jackson. Membership in one of the clubs confers privileges at all the others, although most members we have talked with tend to play the vast majority of their rounds on the courses where they live. (It is more than an hour’s drive one way, for example, from Cliffs at Walnut Cove in Asheville to Cliffs at Keowee Vineyard beside Lake Keowee.)
Still, for those looking to put an appropriate cap on a successful career or well-made investments, it is hard to beat the golfing oriented lifestyle at The Cliffs, whose current owners show no signs of slacking off on their commitment to the game.
For more information on any of The Cliffs Communities, please contact us. 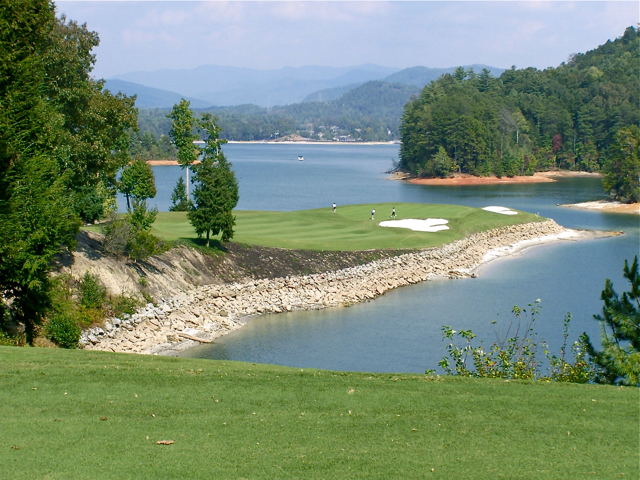 There is no better looking or more challenging par 3 in South Carolina than the 17th at Tom Fazio's Cliffs at Keowee Vineyard.

More in this category: « How and Where to Live in Splendid Isolation Pawleys Island, SC, golf community market humming »
back to top
Back to Top