The Founders Group International, whose roots and parent company are located in China, has become the largest owner of golf courses in the Myrtle Beach area after an announcement yesterday that the firm had purchased 12 golf clubs owned and operated by National Golf Management (NGM). (Full disclosure: Your editor has been a member for the past 15 years of one of those clubs, Pawleys Plantation.) The purchase brings to 27 the number of publicly accessible golf courses that Founders Group and other China-based companies own between Southport, NC, about 45 minutes south of Wilmington, and Georgetown, SC, 45 minutes south of Myrtle Beach International Airport.
Yesterday's purchase included some of the most popular and best reviewed golf courses along Myrtle Beach's Grand Strand, nicknamed for the virtually uninterrupted stretch of beach that runs from well above the border between North and South Carolina to a couple of miles south of the private DeBordieu Colony in Georgetown. They include Pawleys Plantation, the Grande Dunes Resort, Long Bay, Kings North and Pine Lakes International, the first golf course opened in the area (1927) and the birthplace of Sports Illustrated magazine. The other courses are River Club, Litchfield Country Club, Willbrook Plantation, the two golf courses at Myrtlewood, and the other two besides Kings North that are located inside the Myrtle Beach National complex. 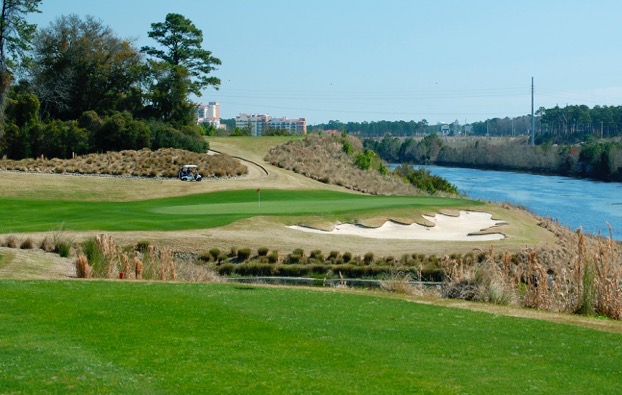 Founders Group International, whose parent company is based in China, has purchased 22 golf courses in the Myrtle Beach area, including the Grande Dunes Resort.
Prices for these most recently purchased golf courses were not announced, but based on what Founders Group paid for the earlier clubs, we are guessing this latest group will have fetched as much as $100 million. Pawleys Plantation, the Grande Dunes Resort club and Kings North especially are among the highest-trafficked golf courses in the area and command more than average green fees. Pine Lakes International maintains the cachet of the oldest club in the area.
Founders Group and two other China-based firms now employ more than 1,000 Myrtle Beach area residents at their 27 golf courses. Under a longstanding U.S. Visa program, foreign nationals who make sizable investments in American companies employing 10 or more people can gain temporary residency for themselves and family members. Along with the clubs it and the other companies purchased last year, Founders Group also bought 100 homes in the Myrtle Beach area, as well as undeveloped land adjacent to the Grande Dunes Resort, a signal they intend to take advantage of the Visa program. But there may be other reasons for the big investment in Myrtle Beach golf:

• The Chinese government has cracked down on construction of golf courses in the country and recently closed 66 courses it said had been illegally built.
• Wealth in China is exploding, and there are limited opportunities to invest in businesses there. The rapidly emerging Chinese upper class has been spending its newly earned billions around the world.
• Chinese families with money want to see their children educated in premier institutions of higher learning, such as those in the U.S. (There is talk in the Myrtle Beach area that Founders Group may build a school locally.)
• China's current leadership may be a bit too authoritarian for those with the resources to now live anywhere in the world.
• A China-born real estate agent in Myrtle Beach has been instrumental in generating interest from the Chinese company. 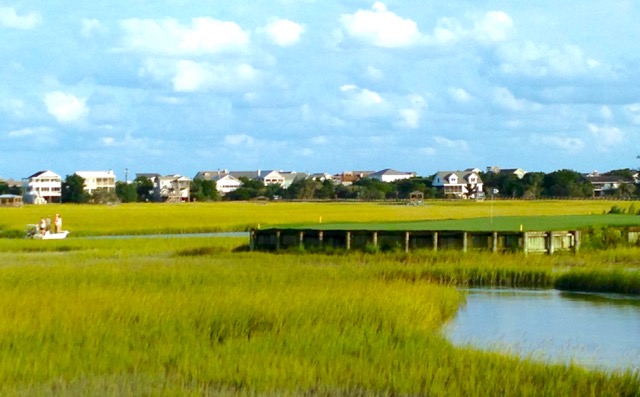 With the latest purchase, Founders Group solidified their portfolio of golf courses on the popular South Strand. They added Pawleys Plantation, River Club to a group that already included Founders Club and Tradition Golf Club.

What this all means, if anything, for current members of the now-Chinese-owned clubs and the residents who live adjacent to the clubs, remains to be seen. Founders Group has retained virtually all of the operations employees at the golf courses, and there are no signs at the clubs they purchased last year of anything but business as usual. If anything, the new ownership is providing some modest benefits already. In a letter sent yesterday to members of National Golf Management's Prime Time Honors Club program, which had been providing deep-discount access to the company's owned and managed clubs, NGM announced that although five of its golf courses will be removed from the program by the end of June, eight of the courses Founders Group purchased earlier, including the excellent TPC of Myrtle Beach and International World Tour, whose hole designs mimic some of the most iconic golf holes in the world, will be added.

More in this category: « Another Reason Chinese millionaires interested in Myrtle Beach A Kinder, Gentler Cliffs Golf Membership »
back to top
Back to Top