The days are dwindling down to a precious few for The Cliffs Communities founder and mega-landowner Jim Anthony to maintain ownership of his developments.  A year ago he formed an entity called ClubCo to accept a $64 million bailout from more than 500 of his 2,000 members; he is now facing a default of an $8 million interest payment on the loan.  And, separately, his real estate company, Cliffs Communities Inc., is also facing default, according to some residents who spoke on condition of anonymity.  Behind the scenes, John Reed (he developed upscale golf communities in Bluffton, SC, including Colleton River, Berkeley Hall and Belfair) is reportedly bidding to pick up some or all of Anthony’s real estate interests; a second developer is rumored to be making a play for the land as well.  Regardless of who winds up bidding successfully for the property, the fetching price will be pennies on the dollar compared to what the lots were valued at just a few years ago. And it is likely to take a bankruptcy proceeding to force Anthony to turn his back on his legacy. His former staffers and residents agree the developer is a stubborn man, not given to accepting distasteful medicine, no matter how good for him. 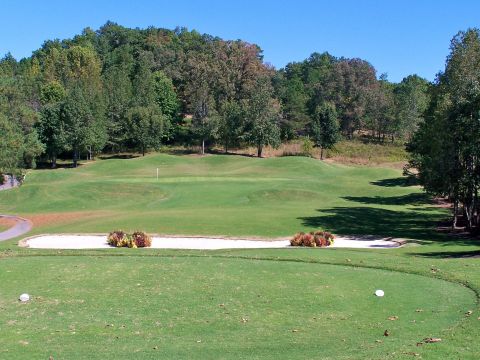 Cliffs Valley (7th hole shown) is one of the most mature of the Cliffs communities and should be minimally affected by financial issues.

It no longer seems a matter of if Anthony is forced out at The Cliffs, but when.  And after he goes, the question is how The Cliffs might reorganize to restore at least part of its lofty reputation and property values.  Much will depend on who buys the land and who buys the amenities, which include the six golf clubs (Gary Player’s Mountain Park would be #7).  That could be either one group of investors, or separate groups for the land and the amenities. Another possibility is that the communities -– some completed, some hardly formed and some in between –-will be bundled into smaller packages along geographic lines.  The communities adjacent to Lake Keowee, for example, might be consolidated into one group, those in the Greenville area (Glassy, Valley, Mountain Park) into another, and Walnut Cove near Asheville, NC, into its own.  Way up in the air, figuratively as well as literally, is High Carolina, the undeveloped site of Tiger Woods’ first American golf design and the symbol of Jim Anthony’s over-the-top investments in the Cliffs’ package of amenities; recently, a former Anthony senior staffer told us that the developer paid the unproven, architecturally speaking, Woods a $22 million fee to build the course, considerably higher than most published estimates.  Even if that overstates the true figure by, say, $10 million, it may explain why Anthony seemed to stalk the fallen star, showing up at Woods’ press conference confessional after disclosure of the star's adulterous behavior.  The religious Anthony may have forgiven Tiger, but he wasn’t about to forget how much he had invested in the golfer.

Cliffs property owners are smart and wealthy folks but they face some daunting and perhaps divisive months ahead.  One-quarter of the clubs’ members provided Anthony with the $64 million loan, and there is worry that the interests of those with skin in the game and the 75% who sat on the sidelines may diverge substantially, setting up confrontations that will result in gridlock on some big decisions (an upstate South Carolina version, perhaps, of the U.S. Congress v. White House model).  Any differences are likely to be exacerbated by foreclosure proceedings that affect the operations of the clubs, which could close a few days a week or for longer periods; in that case, expect some battles over which clubs close and when.  Given the rural locations of some of the clubs, especially in the Keowee area, furloughed Cliffs employees could spike local unemployment numbers; don’t expect any help from the state, which is currently governed by a strong Tea Party supporter. 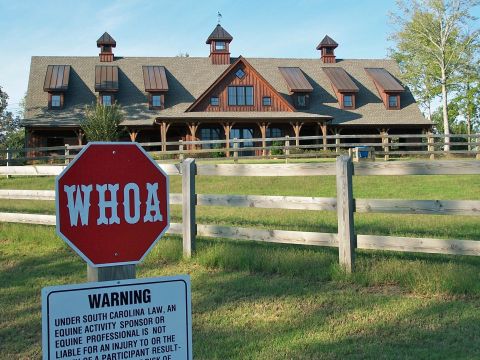 The Cliffs renowned portfolio of amenities include six golf clubs, wellness and fitness centers and an equestrian center.

Property owners who have waited for things to clarify before building a home at The Cliffs may see clearly that their future is somewhere else, and they may join the numerous other owners who already have their home sites on the market.  That, of course, could further depress prices in the unformed communities, although The Cliffs at Glassy, Cliffs Valley, and perhaps Walnut Cove and Keowee Vineyard should remain fairly stable.

Of course, some investors always seem to benefit from carnage in the markets and, at The Cliffs, the big winners could be whatever investor group steps in to buy all the available land and/or amenities at a deep discount, as well as those individuals looking for an upscale place to retire or build a second home at a bargain basement price.  Proceed with caution now, but expect some substantial deals in the coming months. 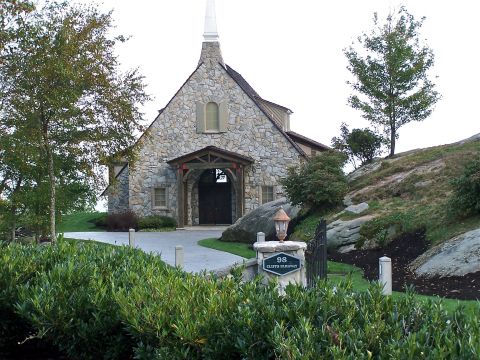 Cliffs developer Jim Anthony took the most beautiful piece of property at his Glassy development and built a chapel on it.

More in this category: « Bluffton developer John Reed reaching for new heights at The Cliffs Communities Rural Ross: The real Donald created a gem in Camden, South Carolina; a bargain too »
back to top
Back to Top