I was mentally prepared, if not physically, to play my first Lee Trevino designed golf course last week. Trevino presented quite a quandary for me as a young developing golfer in the 1960s and ‘70s. He was easily my favorite on tour, after “Champagne” Tony Lema died in an airplane crash (on a golf course). But Trevino’s stroke was flat, almost a baseball swing and geared to a certain body type with which I was unfamiliar; I stood 5 feet 11 inches and weighed between 115 and 120 until a year after I was graduated from college. Thin would have been an improvement. Trevino, of course, was built like a fireplug, and strong. He does not get anywhere near the credit he deserves as a competitive golfer, lost in the accolades for the more stable personalities of Palmer and Nicklaus. Trevino could be a bit of a crass showman, but boy could he play. And golf needed someone to take the game less seriously than it seemed to take itself. The Merry Mex was the right agent of levity. 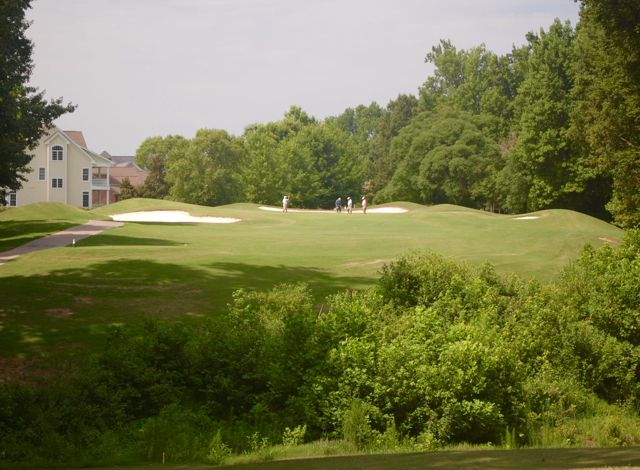 Most shots over trouble at Ironwood are easily made, and women and retirees will find the course a pleasure to play.
I thought the Trevino-designed course at Ironwood Golf and Country Club in Greenville, NC, was going to feature mostly left to right doglegs to mimic Trevino’s standard ball flight throughout his career. (You may recall that he stopped playing the Masters event because it required too many right to left shots.) But Trevino, who often could not put a governor on his actions or mouth when he was playing the tour, apparently can show great restraint when he designs a golf course. Ironwood, surprise of surprises, was “normal,” and it was in excellent condition, a lot of fun and surrounded by one of the nicest neighborhoods in the Greenville area. This is not a retirement community by a long shot, but retirees comfortable being around families and junior golfers will find some stately medium to large sized homes, many brick-faced, beside the fairways. (Single-family homes of nearly 3,000 square feet start around $350,000.) 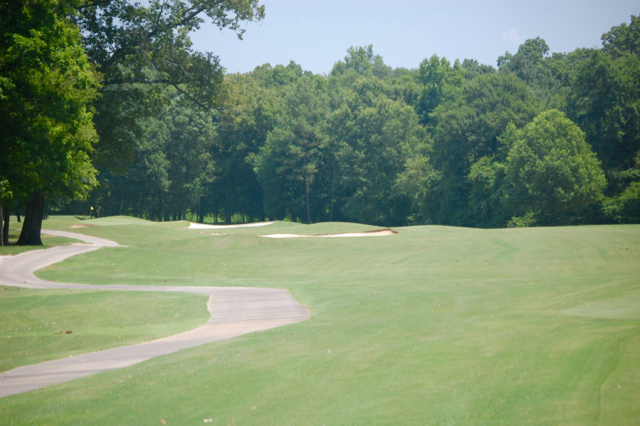 The doglegs at Ironwood are mostly right to left shots, the opposite of designer Lee Trevino's ball flight when he was one of the best golfers in the world.
Any left to right holes at Ironwood are gentle bends; the only severe doglegs – the par 5 13th and the par 4 18th, as well as the second and third shots on the par 5 7th – are right to left shots with angles that would be at home at Augusta National, Trevino’s nemesis. You get the impression that someone else at the Wm. Graves Golf Course Design Company, with which Trevino was affiliated, might have laid out the course. This course is not particularly suited to Trevino's game, but more credit to him for restraint, something Jack Nicklaus could not resist with his earliest designs that put a premium on high left to right shots.

The golf course was in splendid shape, with greens whose turf was as smooth as I have played this year; however, the putting surfaces were severely pockmarked, a consequence of players who don’t fix their ball marks or fix them incorrectly. It had rained a day or two earlier, and the greens were soft enough that most ball marks could be fixed almost entirely by pushing the grass back into place with your thumb. (Only the slightest push with a repair tool was necessary.) Fairways and tee boxes were in much better shape, and I learned why during my round when I ran into a senior citizen who told me he was responsible for the 13th hole at Ironwood. I found him filling in divots with sand on the tee box and, later, in the fairway. The club uses volunteers to repeat the process on all holes, and offers each a day of play as compensation. It is one of those creative ideas that are, sadly, in short supply at many other clubs. Now if they can only teach members and outsiders alike how to fix those ball marks on the green...
Ironwood membership is a bargain, with no initiation fee required and dues that, depending on the level of membership chosen, are as reasonable as you will find for a traditional club. For example, a legacy membership that provides privileges to the children and grandchildren of members, no matter their age, is offered at dues of just $300 per month (only $25 more than a membership that requires a separate junior membership for children after the age of 23). A quarterly food minimum of $135 for most categories of membership is also well below the standard amount at other clubs.

Although the layout at Ironwood from the white tees (6,176 yards) doesn’t pass a high degree of difficulty test, I enjoyed it – a lot, actually.  In short, it’s an easy pleasure.

The Ironwood Golf and Country Club golf course was designed by Lee Trevino and opened for play in May 1996. The club is owned by its members and offers a full range of amenities that includes tennis, pool, yoga classes, and childrens programs, as well as golf. Clubhouse dining is available for lunch Tuesday through Sunday, dinner Wednesday through Saturday and Saturday breakfast. The golf course plays at 7,120 yards from the tips (Black tees, with rating 74.4 and slope 136). Other tees are Blue (6,683/72.2/132); White (6,049/68.9/128); Yellow (5,838/67.9/124); and Red (5,201/70.1/123). Membership does not require an initiation fee, and dues are no higher than $300 per month (for a “Legacy” membership that provides full privileges to children and grandchildren of members). 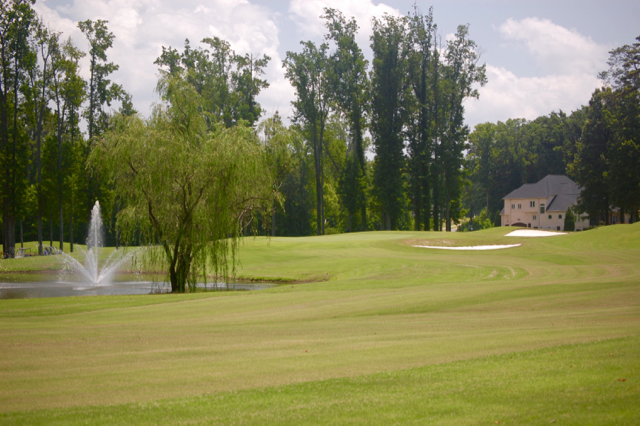 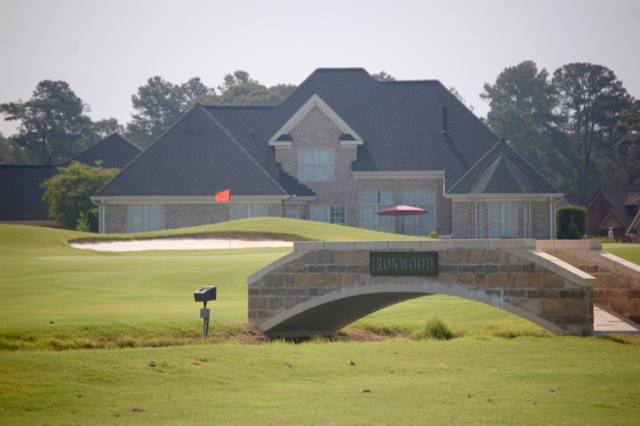 The finishing hole at Ironwood (top) is one of the few where water comes into play. Homes adjacent to the golf course are reasonably priced, beginning around $350,000 for almost 3,000 square feet of space.

More in this category: « Leland, NC, turns golf centric For a Few Dollars More: With Brook Valley, McConnell continues buying spree of outstanding golf clubs »
back to top
Back to Top