USA Today “discovered” Hendersonville, NC, just last week in an article titled “5 Great (Unknown) Places to Retire” -- to which we say better late than never. We made our first trip to the western North Carolina mountains and the Hendersonville area in 2007 with a visit to the circa 1988 golf community of Champion Hills which sports a highly rated Tom Fazio golf course that has only improved over time –- with the member-owned club investing a few years ago in a major refurbishment of the layout. Since then, the Champion Hills layout has been ranked as highly as top 5 in North Carolina, lofty positioning in a state that includes Pinehurst #2, Wade Hampton Golf Club, Quail Hollow and a slew of other notable layouts. 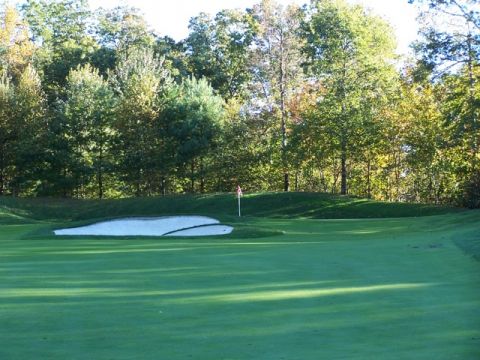 Hendersonville, NC's Champion Hills is ranked as high as #5 in the golf rich state.

We have always admired the clear-eyed, unemotional approach to governance Champion Hills club members and residents seem to take in the decision making about their community. That’s one reason they have come out the back end of the recession debt-free.

“The club board and homeowner's association at Champion Hills…use a businesslike approach to governing, keeping personality and politics out of decisions,” we wrote in this space in 2007.  “It doesn't hurt to have a fine Fazio layout in which club members are willing to invest.”

Now to “stay ahead of the curve” and the competition, says Brian Fitzgerald, the club’s membership committee chairman, the Champion Hills Board of Directors has put up three propositions for a vote of the membership. They are:

The club also announced recently a special promotion that pegs initiation fees at just $25,000 for the first 25 members who sign up. The number 25 has special meaning for Champion Hills because this is the golf community’s -– and the club’s -– 25th anniversary. Regular initiation fees have been pegged at $50,000 for the past few years after reaching a pre-recession high of $85,000; a little more than half of those fees were refundable. But the club’s board eliminated the refunds for new members when it lowered regular initiation fees to $50,000.

Current full-golf memberships at Champion Hills is 225, and club officials are hoping to add about 60 new full golf members with the special promotion and the national and legacy memberships. They appear to be well on their way; Fitzgerald says that nine new members are waiting in the wings to sign up once members vote affirmatively, even though the club has not promoted the initiatives. Two of those members are from outside the gates and seven others are friends of current Champion Hills residents looking to take advantage of the bargain “national” member rate.

Voting on the Board-endorsed initiatives ends in less than two weeks after the required 30-day voting period.

More in this category: « Developer, golf architect worked together to craft user-friendly Carolina Colours layout Tiger Woods design for Cliffs officially dead »
back to top
Back to Top