Bland marketing language on Nicklaus' side in lawsuit
Wednesday, March 4, 2015

Bland marketing language on Nicklaus' side in lawsuit

We wrote a few days ago about Jack Nicklaus' new ice cream venture; the current global businessman and golf architect formerly known as the best professional golfer in the world is lending his name and visage to pint containers of ice cream. He proudly proclaimed during airing of the Honda Open this past weekend that each pint will cost only $1.98. Ben and Jerry be warned.
But in life, one hand giveth and the other taketh away; courtesy of Golf Dispute Resolution, a web site that shares interesting tidbits about legal cases related to golf, and Rob Harris, its publisher, we have learned that Nicklaus is being sued by a couple who claim that deceptive marketing caused them to waste $1.5 million on a membership in a golf course development whose course Nicklaus was to design. The development, located in the mountains of Utah, went bankrupt, Nicklaus never designed the layout and the couple was left a lot lighter in their bank account. 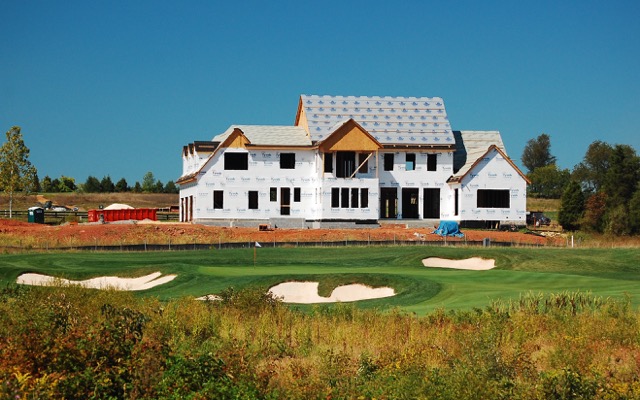 When we toured Aldie, VA's Creighton Farms in 2010 and played its outstanding Jack Nicklaus golf course, one of our real estate contacts indicated that another was being planned for Nicklaus and his family.

Jeffrey and Judee Donner claim that Nicklaus represented himself as also having purchased a charter membership in the Mt. Holly club. "I have been so impressed with the development and its management team that I became a founding charter member," Nicklaus was quoted in the marketing literature for the community, adding "I look forward to seeing you there." Unsurprisingly, Nicklaus did not actually pay for the membership at Mt. Holly and, really, what were the chances anyone might see him there in the future; at my Nicklaus-designed home course of Pawleys Plantation in South Carolina, the architect stayed in a sprawling house made available to him by the developer during construction of the course. When it opened, he played the 18 holes, uttered some flattering observations about the course, his scorecard for the round was encased in glass in the clubhouse, and he never returned again (well, maybe once) after the opening in 1989. Why should he? His name is on more than 300 courses worldwide.
But the Donners are out $1.5 million, not us, and they think Nicklaus is fit to be sued.
If Jack Nicklaus were an active member in every golf community that has gifted him membership, he'd never have time for a scoop of his favorite ice cream, let alone his many business ventures. We've read enough quotes in press releases and marketing brochures to know that pablum comments from golf designers are par for the course. ("A glorious piece of land I was given...Smart management team...A wonderful place to live.") Whoever wrote and edited the Nicklaus-attributed quote about "becoming" a member at Mt. Holly might have saved him a couple of million dollars. That comment doesn't indicate he had his own skin in the game, not even close.  Once the court rules, the unhappy couple will almost surely be $1.5 million poorer...and wiser.

More in this category: « Nicklaus dishes it out Announcing a New Way to Search for a Golf Course Home »
back to top
Back to Top