Golf, the game that many left for dead during the recession, made a gigantic comeback last year helped, in part, by extremely agreeable weather in the North, some weeding out of golf clubs that were too small to succeed and, of course, a rebounding economy that bred consumer confidence and discretionary spending.

According to the National Golf Foundation, every U.S. state saw a gain in the number of rounds played in 2012. The biggest gains were in a large swath of territory from the Dakotas to the edge of New England and across the top half the nation, where 44% of the country’s golf courses are located, according to the NGF. Rounds in that section of the country grew 9.5% compared with 3.8% in the rest of the U.S. The number of “playable days,” the NGF indicates, increased dramatically from 2011 to 2012 in that northern section of the country, by 13.6% compared with 5.5% elsewhere. Those of us who live in New England, for example, will recall getting a three-to-four week head start on the golf season last year. 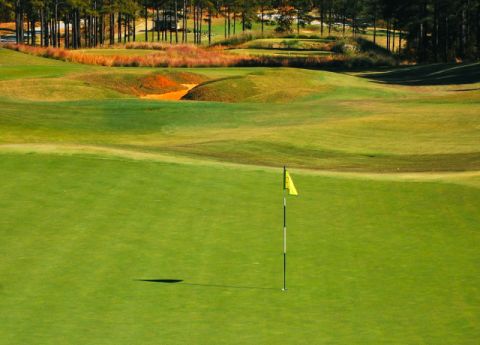 The breathtakingly visual Creek Club at Reynolds Plantation in Greensboro, GA, is and should remain fully private, even while the other five golf courses at Reynolds permit some play by guests of the on-site Ritz-Carlton Hotel.

Any continuing growth in the game will not come from new golf courses, at least not in the near term; only 13.5 were added in 2012, according to NGF, whereas 154.5 golf courses closed (both measurements in 18-hole equivalents); and the NGF predicts a net loss of about 130 to 160 golf courses annually for the foreseeable future.

The growth of golf may not necessarily signal growth in the number of private clubs in golf communities. On the contrary, more and more of the customers we work with are signaling an ambivalence toward exclusivity in their golf memberships and are checking the box “semi-private” on our Customer Questionnaire. Over the course of the recession, some private golf club memberships, in an effort to generate survival income, made it a little easier for outsiders to play their golf courses, forging reciprocal relationships with other golf clubs in similar situations, encouraging “stay and play” privileges in some of their residents’ townhomes, or flat out deciding to open their tee sheets to outside play.

For those looking to retire to a fully private golf community, we can help you assess the future prospects of exclusivity. And for those who want a terrific golf course to play without payment of green fees, and don’t mind sharing it with non-members, we can help identify those golf communities with the best options. The choices are many, and a good start is to fill out and submit our no-obligation Customer Questionnaire. After we receive it, we will get back to you within a few days with a list of southern golf communities that could warm up your life, and your golf game. 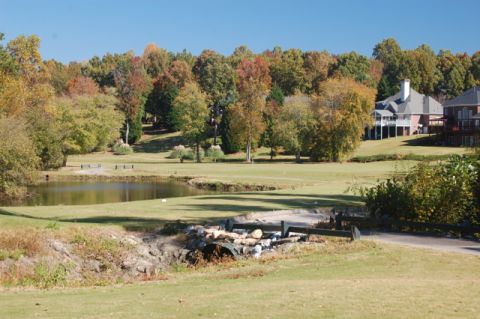 At Pebble Creek Golf Club in Greenville, SC, you get two golf clubs for the price of one -- a private one and a public one.  Public players interested in making the transition to a members-only course can arrange a "trial" round on the private Linkside Course.  Here, the dogleg left 13th on the Linkside.

More in this category: « Perfect Storm: March may be best time to sell...and buy Fantasy Golf Community: One way to compete against the winter blahs »
back to top
Back to Top