The private Metacomet Country Club in East Providence, RI, was losing money and conditions had become iffy when former PGA Tour player Brad Faxon, a Rhode Island native, and other investors bought the club earlier this year for a couple million dollars and began the process of restoring it to its former glory. It is well worth the effort, especially the front nine.
Metacomet was incorporated in 1901. The golf course was re-designed by Donald Ross in 1926, the Golden Age of classic golf course architecture in the U.S. The greens are vintage Ross with lots of crests and bowls that demand thoughtful approaches, literally and figuratively. Approach shots played to a “bad” spot on the putting surface can easily result in three strokes with the flat stick. 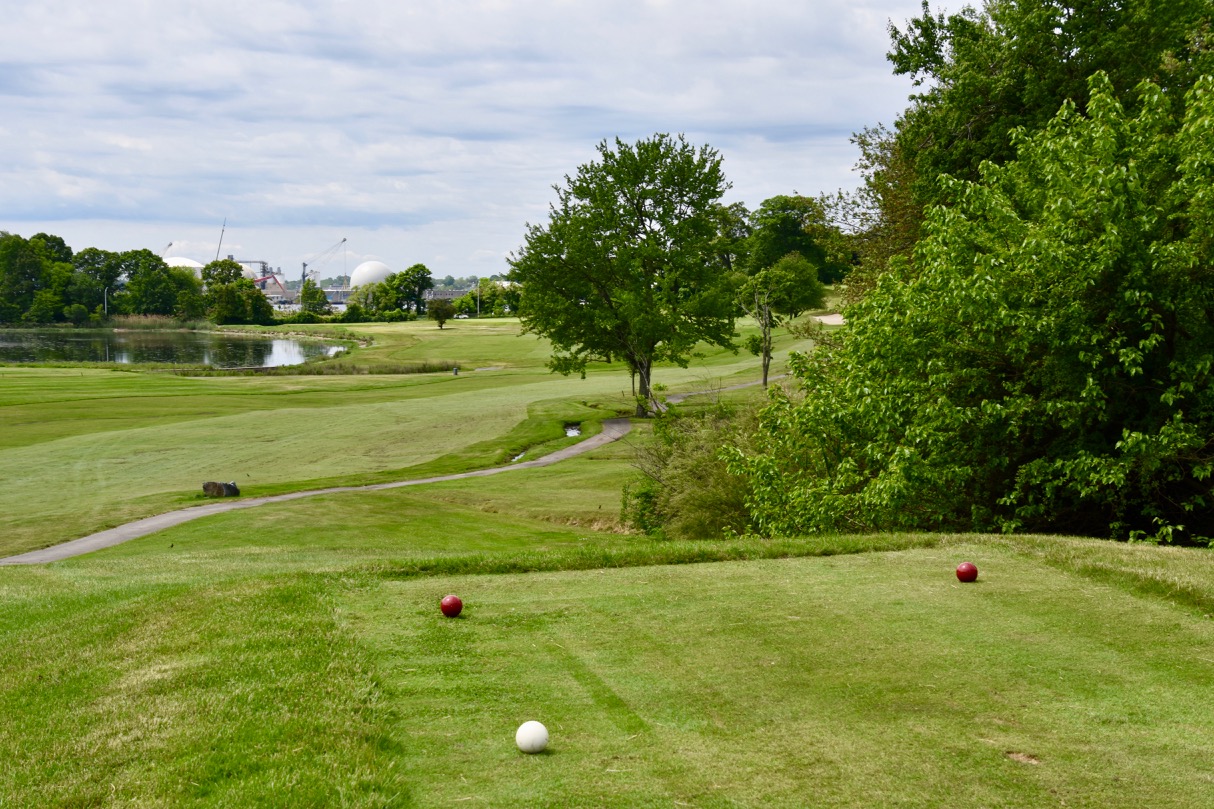 Over almost 100 years, industrial structures have imposed themselves on some of the vistas at Metacomet.
Of course, when you play a course like Metacomet for the first time, you have no clue where to put the ball, especially if you are flying blind without a member in tow. Blind is the operative word on a number of holes at Metacomet, with blind tee shots up steeply sloped fairways and blind approach shots where the bottom half of the flag stick is covered by false fronts.
The front nine at Metacomet is a bit of a roller coaster, with dramatic changes in elevation and many of those aforementioned blind shots. The greens are exquisite, and will only get better as the weather -– and turf growth – improve. The second nine is a bit of a letdown, still classic in design but with only a few of the flourishes encountered on the way out. But it is still Ross, and only diminishes slightly the soaring shot values on the front and the overall experience.
East Providence is quite the mecca of renowned private golf clubs. Agawam Hunt Club (1897) and Wannamoisett (1914), another Ross course, are just a few miles up the road from Metacomet and, like it, adopted the names of native American tribes from the area. But “progress” has not been kind to the area’s natural vistas, or membership stability. From Metacomet’s higher elevations, the view of the Providence River must have been breathtaking before the Industrial Revolution, but today you get a heavy dose of smokestacks and industrial structures along with the water view. Many former residential neighborhoods are gone, and as in other once-thriving urban centers, suburban golfers just won’t make the drive into the city more than occasionally to play golf. (The famed Agawam Hunt Club lost a few hundred members in the wake of the 2008 recession and was saved from bankruptcy a couple of years ago by the combined investments of wealthy members and a nature conservancy.) 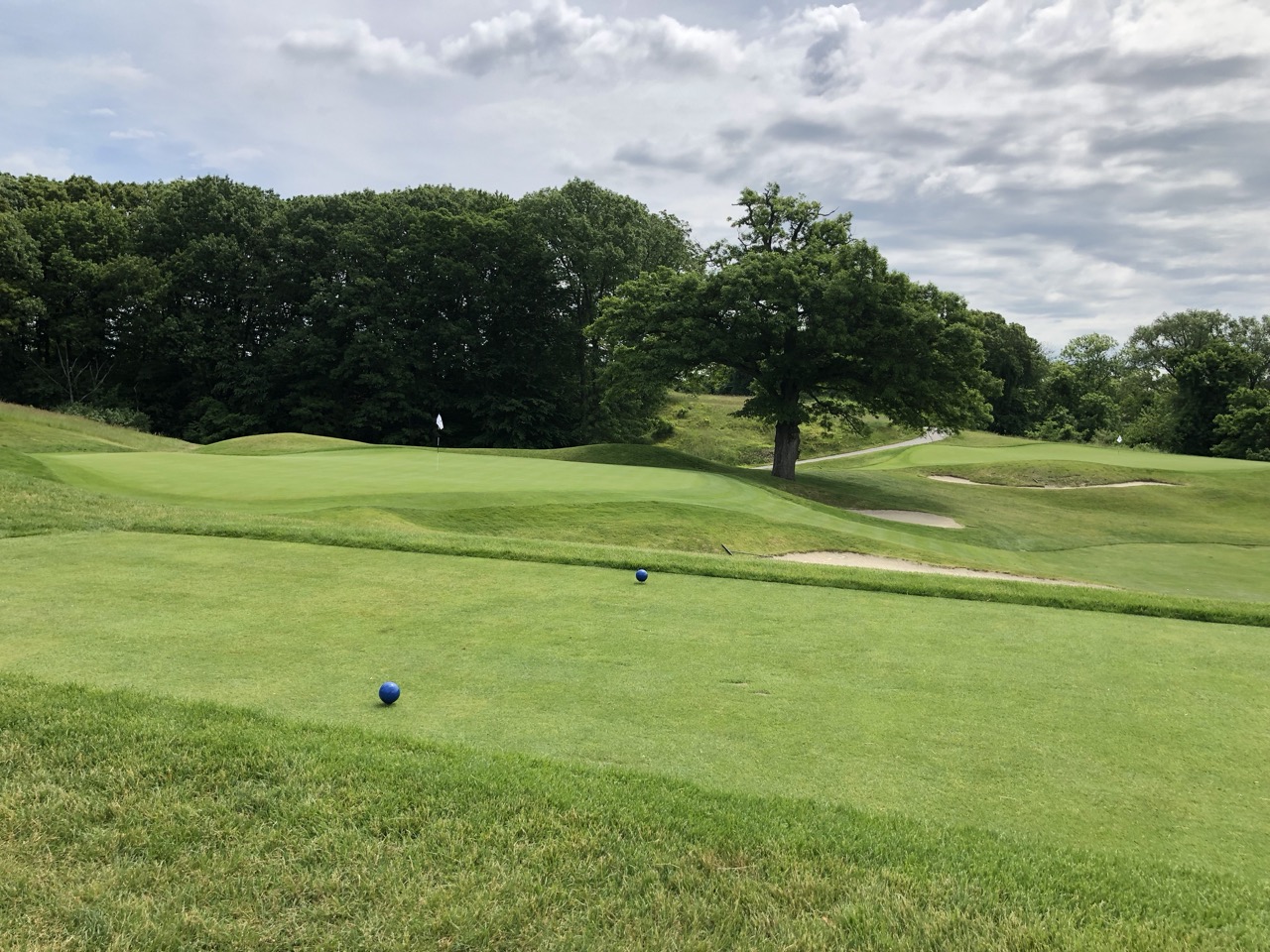 Donald Ross did an outstanding job of squeezing a terrific golf course into just 120 acres. From some points on the course you can see multiple greens.
I look forward to a round at the still-private Wannamoisett in July, but the once extremely private Agawam Hunt now accepts outside play. (See tee times at GolfNow.com). And if you call Metacomet, as Brad Faxon and his partners seek to restore the golf course and its reputation, they will almost assuredly book a time for you. You could do a lot worse than a couple of days of golf and dining in the Providence area, and the famed Portuguese restaurants of Fall River, MA, are only a few miles away. 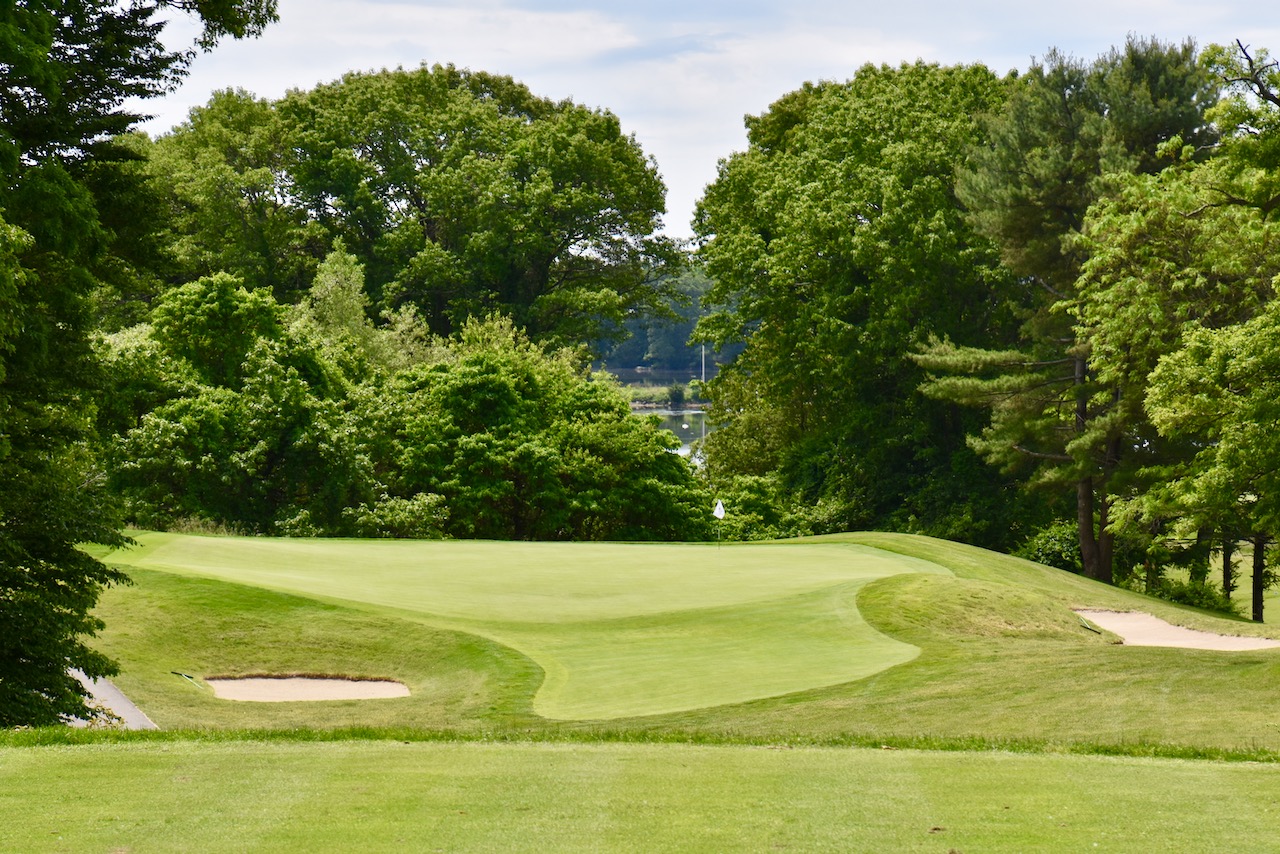 Given the sloping on the greens, the par 3s look easier than they play.

More in this category: « Dustin Johnson’s Brain Rigged Deal? Best of Best Communities List Favors Advertisers »
back to top
Back to Top