For months, rumors have been strong in and around the Cliffs communities in the Carolinas that South Street Partners, the firm that owns the amenities at Kiawah Island, were negotiating to purchase The Cliffs from Arendale Partners.  An agreed-upon deal was finally announced late last week.  No financial terms were disclosed.
The deal was announced separately by both Arendale and South Street.  In their announcement, the new owners indicated that "we acquired all Cliffs Land Partners and Cliffs Club Partners entities previously owned by Arendale Holdings Corp...South Street will oversee the development, management, operations, sales, and marketing for The Cliffs."
The 50 year old South Street Partners maintains more than $1 billion in assets under management and is headquartered in both Charlotte, NC, and Charleston, SC.  If they work their magic at The Cliffs as they have done at Kiawah, which they purchased in 2013, Cliffs owners can look forward to enhanced real estate values and a continuation of top-drawer club amenities.
"Since acquiring Kiawah Partners, the master developer of Kiawah Island, SC, in 2013," the South Street letter to Cliffs owners indicated, "median pricing of properties within the community has increased significantly, new home construction is at an all-time high, inventory levels have decreased to the lowest levels in over a decade and sales have topped $1.5 billion."
Prior to Arendale taking over at The Cliffs, the deluxe group of communities had something of a topsy turvy history.  Jim Anthony acquired thousands of acres of land in the upstate region of South Carolina and began to build high-end golf communities that attracted well-to-do buyers from the Atlanta area and elsewhere around the country.  Drawn by the luxury nature of the amenities Anthony installed inside the gates of the multiple communities -- an equestrian center here, a wellness center there, and beautifully groomed golf courses everywhere -- buyers signed up for club memberships that, at one point, required an initiaion fee of $125,000.  Membership was mandatory at the point of property purchase; if you did not choose to join the club, you were not permitted to join it at a later date, and anyone interested in buying your lot or home at a later date could not join the club.
Anthony ran into financial trouble just before the recession started in 2008.  A project to build another Cliffs community featuring Tiger Woods' first American design was scrapped as the Anthony real estate empire began to unravel.  After a Texas couple, residents of The Cliffs, stepped in with some temporary life-saving injection of cash, Arendale and others combined to purchase some acreage and the amenities, including the golf courses.
A new purchaser must still sign up for membership within a few weeks of closing, but joining fees are now a much more reasonable $50,000, not outrageous when you consider the six clubs and the high standards of maintenance at each.  Given South Street's record at Kiawah, we should expect a continuation of those high standards and, at least, some initial investments to enhance the quality of The Cliffs experience.
If you are interested in more information about The Cliffs or an introduction to a professional agent who can provide you with a tour of any of the communities, please contact me. 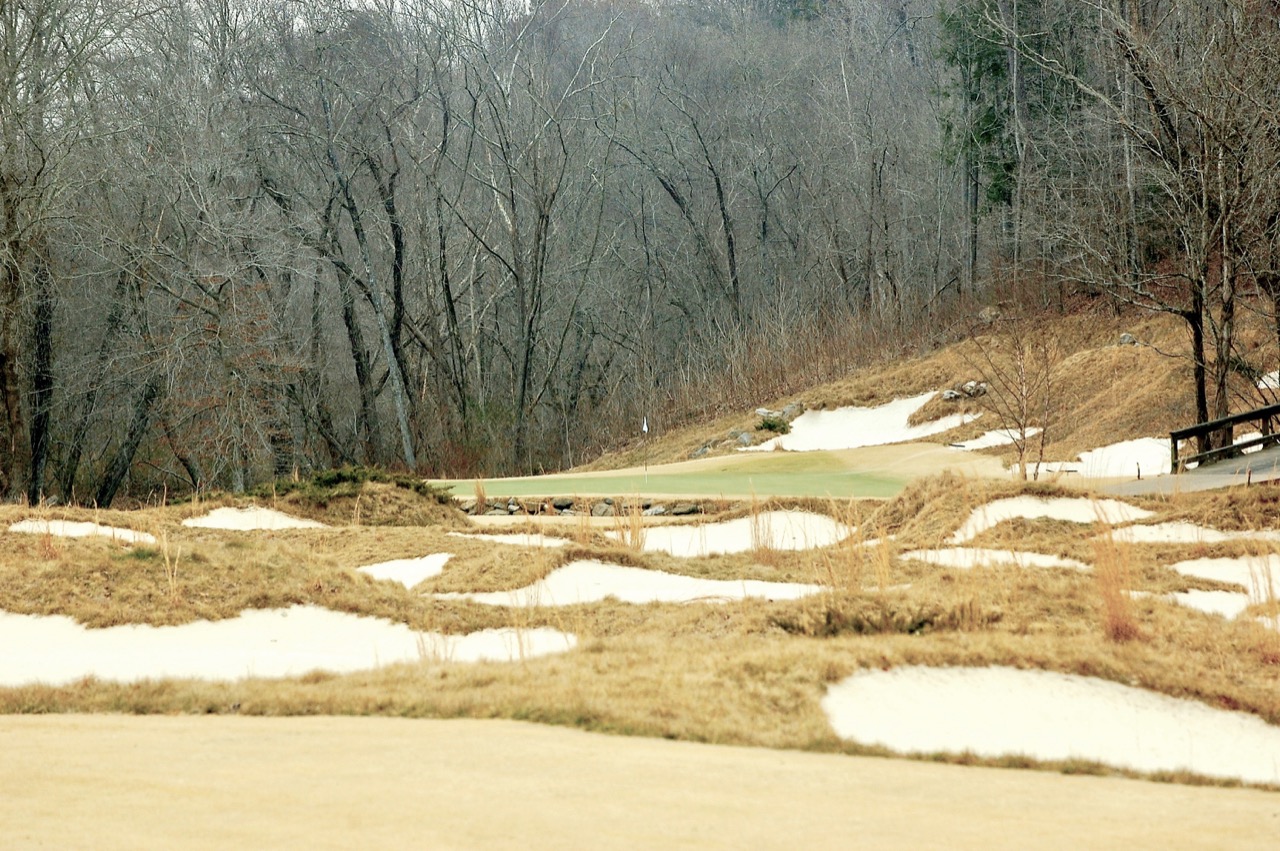 Gary Player did an excellent job of shaping the Cliffs at Mountain Park course in Travelers Rest, SC, not far from the popular city of Greenville. It is one of the half-dozen layouts included with a Cliffs membership.

More in this category: « Carolina (Golf) On My Mind Not Out of Woods: Tiger Victory Good, But Looming Tax Issue Vexes Industry »
back to top
Back to Top