We are in that season again, the one in which the mainstream media decides it has been a few months since they published its previous “golf is dead” article. The thesis always goes something like this: Golf courses are closing in record numbers because -- choose one or more of the following: a) a round of golf takes too long to play; b) young people (read “millennials”) are more interested in electronics than golf; c) the business model for a golf course/country club is flawed; you can’t make any money; or d) the pressure from developers to put houses where fairways once stood is too intense for flailing clubs to pass up.
I know I am in the minority in believing golf does not need any structural changes – a round of 12 holes anyone? – to speed it up. My take is that it just needs players who are prepared to hit the ball as soon as their playing partners have hit; or we need to just chill out about the issue and understand that cutting a round of golf from 4 ½ hours to 4 means trimming less than two minutes per hole. Two minutes? Really?
I am not sure which millennials disdain golf, but they aren’t those I know. Indeed, every year a millennial family friend heads to Myrtle Beach with a foursome of fellow millennials and asks me for golf course recommendations and dining options. They plan the following year’s trip right after the current one. My son, a millennial, and most of the junior and college golfers he competed against between 10 and 20 years ago, still play golf. Not all of them have made a career of golf, as Tim has, but they are still tightly connected to the game. 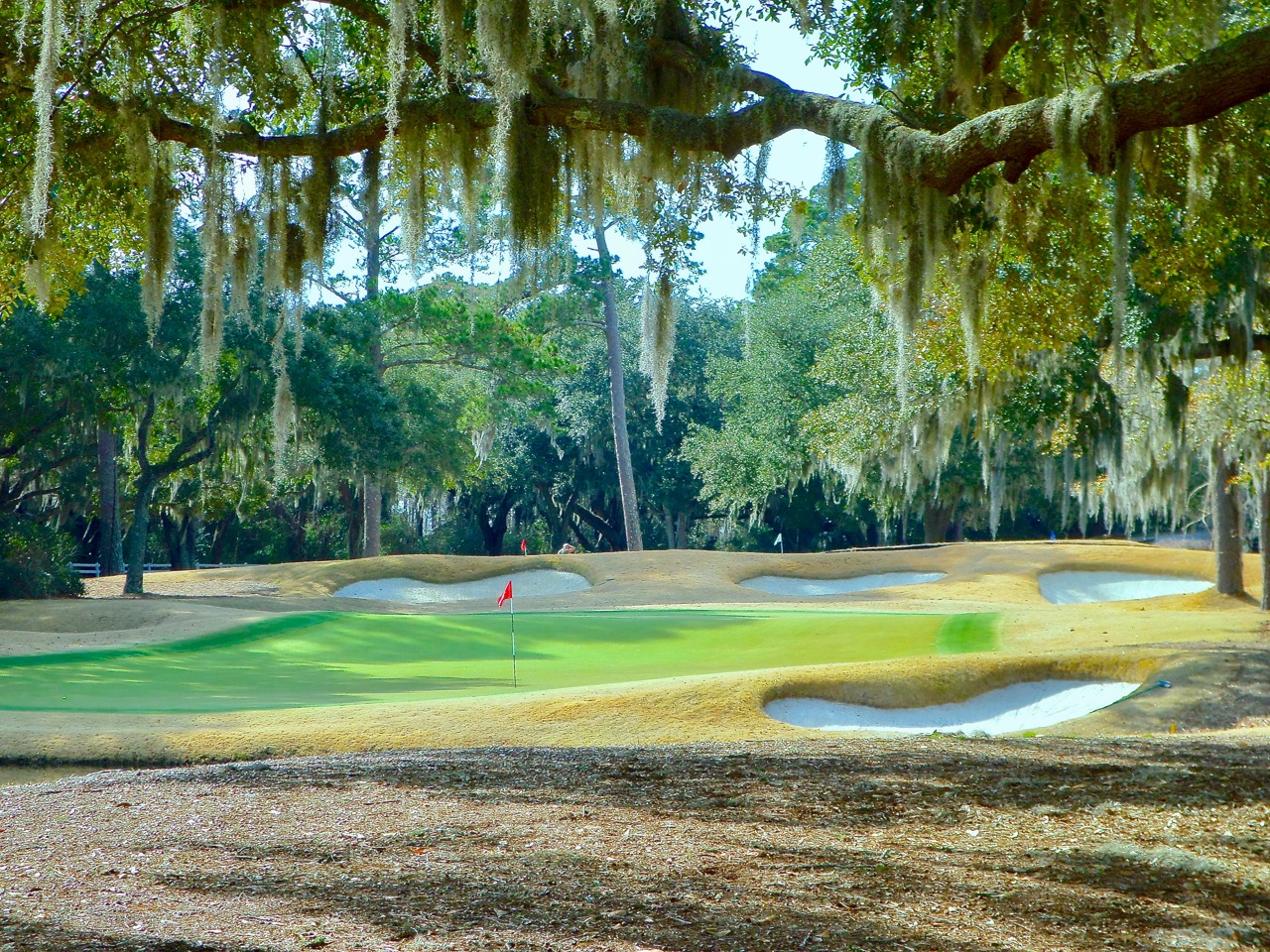 No matter the season, Caledonia Golf & Fish Club in Pawleys Island, SC, is always in peak shape, and the clubhouse restaurant is among the best anywhere.
If you think golf course operations is a bad business model, try getting a tee time most any morning of the year on the day you want to play at Caledonia Golf & Fish Club in Pawleys Island, SC. The secret to success at Caledonia, where green fees are at the high end of all those in Myrtle Beach, is care and imagination. The open-to-the-public golf course is always in peak private-club condition, the food in the restaurant is consistently outstanding, with views to match, and extra touches like the dispensing at the first tee of fish chowder on a cold fall morning are memorable. Golf courses that fail tend to do so in a way restaurants and other businesses fail -- with poor attention to quality and a general lack of marketing imagination. The good ones thrive.
Housing developers covet golf courses for home construction because the landscape is already pretty much prepared for them, keeping costs to a minimum. Across the country, residents and their lawyers are fighting back, and many are winning on the basis of a promise made by original developers that the golf course was a fundamental element of the community. Some original sales brochures that touted golf as the raison d’etre for the community have become Exhibit A in the attempt to convince courts that the implied contract to residents of a golf course supersedes a golf course owner’s right to sell his or her property to a developer.
Overall, the issue of golf being under siege is overblown. Developers simply built too many golf courses in the 1980s and 1990s in order to sell houses (and sell a lifestyle dream as well). The number of golf courses will reach equilibrium with the number of golfers in the coming years. For the time being, we should consider it ironic that years after they used golf to sell homes, developers now want to build homes on those very same golf courses? This is less about any ebbing of golf’s popularity than it is about turning a quick buck.
Golf courses will continue to close until their numbers are appropriate to the number of golfers with the time and desire to play a couple or three times a week. Here’s hoping that happens in the next few years; I am tired of dopey newspaper articles.

More in this category: « Your Health & Timeshares Carolina (Golf) On My Mind »
back to top
Back to Top