I am working on a “Post Election Special” for the December issue of Home On The Course, our almost-monthly newsletter. I had been hoping that my research would show more and more golf communities surrounded by counties with a near-balance of red and blue voters. But so-called “purple” counties are still far and few between in the Southeast Region.
Because voting patterns are volatile one election to the next, the definition of a “purple” county must necessarily be broad. For example, nationwide there were 206 “pivot counties,” those that voted for Obama in both his elections and then for Trump in 2016. Based on that, they meet my definition of a “purple” county. (Note: Just because a county is “purple” doesn’t indicate that a specific golf community within it is the same color. Still, some golf communities, especially those in rural counties, comprise a large chunk of the local electorate.)
By definition, McCormick County, SC, a pivot county and home to the sprawling Savannah Lakes Village, is purple. It voted for President Obama in 2008 and 2012 and for President Trump in 2016. In this year’s election for Congressman in the district that comprises McCormick County, Republican Jeff Duncan garnered 67% of the vote. McCormick County results are not yet available for that race but the widespread and reliably Republican district includes such notable golf communities as the Cliffs communities at Lake Keowee, The Reserve at Lake Keowee and Keowee Key. 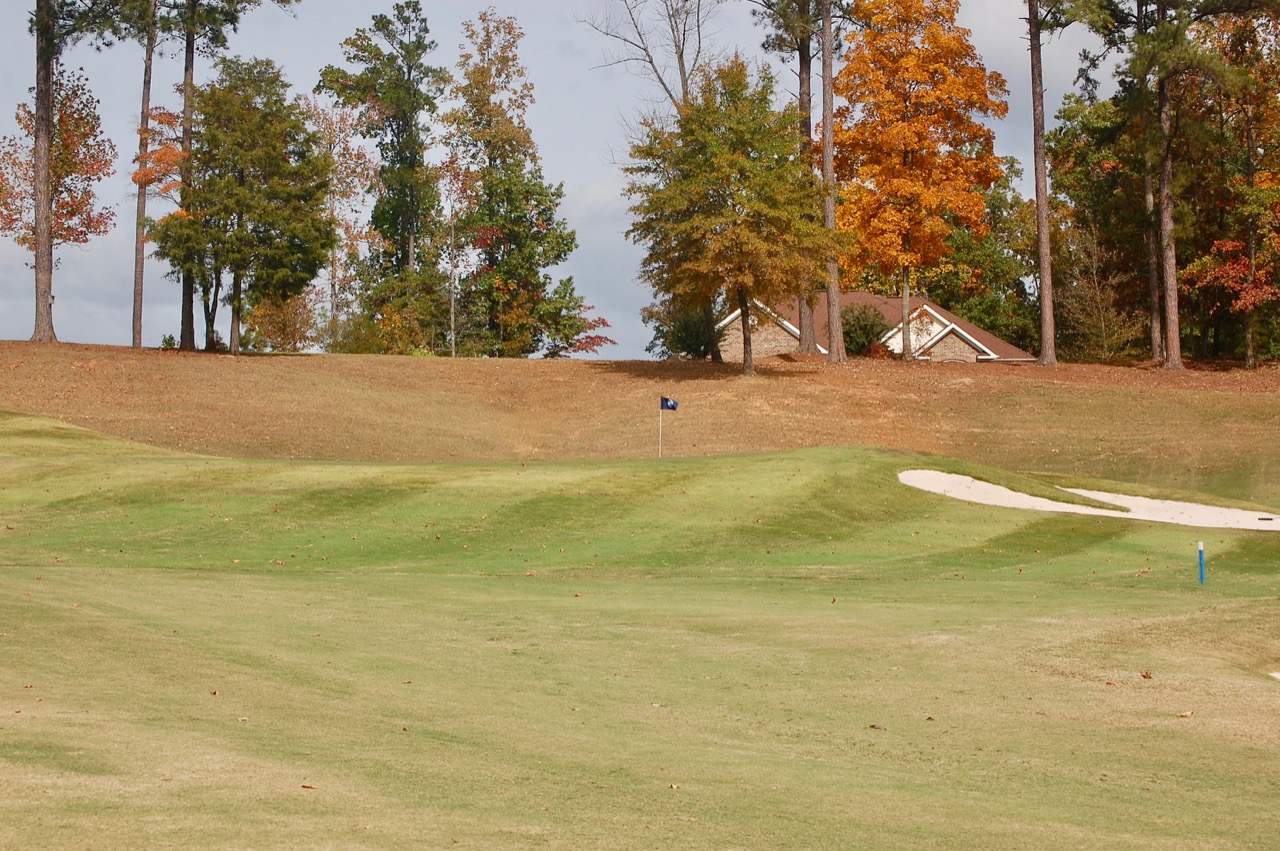 The Color Purple: McCormick County, SC, surrounds Savannah Lakes Village and its two golf courses. The county is one of the 206 "pivot" counties in the U.S. that voted for Obama in 2008 and 2012 and for Trump in 2016.
Chatham County surrounds The Landings on Skidaway Island, the 4,800-acre, six-golf-course community just 20 minutes from downtown Savannah, GA. The Landings is home to 8,000 residents, most of them full-time. Voters in Chatham County showed their independence by overwhelmingly throwing their support to Democratic candidate for Governor Stacey Abrams but also to Republican incumbent Congressman Buddy Carter, each with just under 60% of the votes.
You would think a rural county like Nelson in western Virginia might be deep red but, in fact, it is a shade of purple, depending on whether the election is for Congressman or Senator. In the race for Congress, the Republican won by about 53% to 47%, yet in the Senatorial election, the incumbent Democrat, Tim Kaine, earned 52% of the vote to 46% for his Republican opponent. You don’t get much more purple than that.
I’ll cover the election results relative to golf communities in the December edition of Home On The Course. To receive your emailed copy, free of charge, subscribe today: Click here.

More in this category: « Ryder Cup thoughts Special Post Election Report in Our Monthly Newsletter »
back to top
Back to Top