If you read the headlines of some of the top business magazines and newspapers in the U.S. this past year, you might have gotten the impression that the game of golf is on life support; that devoted golfers are dying off, that they aren't being replaced by millennials (18 to 34), that the recession that began in 2008 simply hastened the sport's demise, that Tiger Woods' growing irrelevancy on the PGA Tour eroded any slight lingering interest in the sport, and that the lack of new golf community development is a strong signal that no new golf courses will be built again...ever.
That is all sensationalist drivel. Certainly, the overbuilding of golf courses through the '90s and into the '00s created an unsustainable supply, and the 100-plus courses we have lost annually in each of the last few years is a reaction to that. But just like the demise of chains

Just like store closings did not signal the end of retail, and airline bankruptcies did not kill air travel, the closing of golf courses does not predict the demise of golf.
like W.T. Grant and Kmart did not signal the end of retail and the vaporization of Eastern Airlines and Pan Am did not predict the end of air travel, a relative few golf courses that could not compete with stronger better managed clubs does not imply the end of golf. On the contrary, only the strong survive.
The above media-induced myths are easily dispatched:
Baby boomers have begun the re-migration South that was stalled by the recession. Many of them, during their earning years, were casual golfers, grabbing a round during company outings or charity fundraisers but never wanting or daring to spend time away from family on the weekend. That is hard to do when you are cheering –- or coaching -– your kids on the soccer fields. But in retirement, there is no such Hobson's choice, and many boomers are engaging with the game. The clubs in the golf communities we follow are all reporting modest to significant increases in the number of golf club memberships, spurred further by lowered initiation fees and such innovative programs as "legacy" memberships (children and parents of members are members in their own right without payment of additional initiation fees or dues). 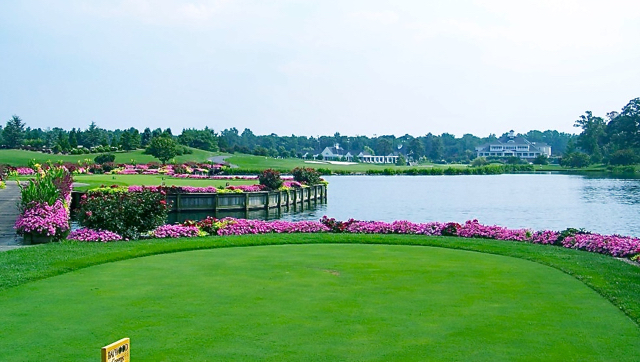 Baywood Greens on the Delmarva Peninsula is just a few hours from population centers in the Northeast. The golf industry should spend less time apologizing for its shortcomings and more on touting the availability of the game and how its handicap systems makes it fair for all.
As for millennial disinterest in the game of golf, that is just not true, according to the National Golf Foundation, which indicates that 25% of all golfers, or 6.2 million, are members of the 18-to-34 year old age group. I have personal, albeit anecdotal, evidence of young persons' interest in the game. Our son is now 25, squarely in the millennial group, and much of his free time is spent on the golf course. He was a competitive junior golfer and a collegiate golfer, and I attended many local and regional tournaments with him that included hundreds of other junior golfers. There were thousands more competing nationally and many more thousands who played recreationally, as I did when I was a teen. Did they all give up the game when they graduated from college? The interest that is stoked at a young age does not evaporate, even given the challenges of new careers and tight budgets. Interestingly, according to NGF, the millennial group spends about $5 billion per year on golf fees, equipment and clothing.
The media has always overstated the influence of Tiger Woods on golf's popularity. Just as professional baseball has flourished well after Babe Ruth's passing, golf was enormously popular before Tiger Woods joined the PGA Tour in 1996 and it will survive as he becomes just another player. Golf's issues are more about marketing than about anything inherent in the sport. Clever though they were, the past year's series of ads under the title "While we're young" were strategically dumb, an advertisement to those who might take up the game that wasted time awaits and a reminder to the rest of us that
Perhaps an ad with Lindsay Vonn explaining how much time must be devoted to a day of skiing, including waiting, would help golfers get over their pace of play obsession.
good 4 ½ mile walks are indeed spoiled if they take more than four hours. Better to advertise that golf is the only real sport (except, perhaps, bowling) in which you can have a lot of fun competing against yourself when no one else is around; and when you have the opportunity to play against another human being, golf's handicap system provides the most even of playing fields. (Unlike tennis, for example, where competitors of differing abilities will be bored silly.) This democratic nature of golf should be hammered home to potential golfers -– that they need not fear an imbalance of ability when the pro matches them up with, say, a 15 handicapper. Golf needs to stop apologizing for its shortcomings -- and for the perception that it is a "rich" man's sport -– and start promoting its inherent fairness to all players. (Note to the golf industry: Maybe hire Lindsay Vonn to compare the waiting times for a day of skiing and golf.)
New golf courses are scheduled to open in the coming few years, giving further credence to the sport's viability. But it is true that many of the most publicized newer courses –- like the famed Bandon group on the Oregon coast and the upcoming Cabot Cliffs, which will join Cabot Links in a remote area of Nova Scotia –- are financially and literally out of reach of most middle-class golfers. And even new golf community courses, like Esplanade outside Naples, FL, will only appeal to those able to pay $700,000 and up for a single-family home in the community. Those responsible for promoting the game should work to divert some money into more aggressive promotion of reasonably priced golf, as in Myrtle Beach, Hilton Head Island, even the courses in the Pinehurst area that aren't part of the famed resort there, many that are good and reasonably priced (and for those seeking a golf home, located in nice golf communities).
A good weekend of golf is closer than many folks think. There are a couple of dozen golf courses, for example, on the Delmarva Peninsula, just a ferry ride from New Jersey and well under six hours from Manhattan, that do not get their fair share of play and yet are challenging and reasonably priced, as are nearby hotels and resorts. (Long Neck, DE's beautiful, well-conditioned and challenging Baywood Greens, for example, charges less than $40 for green fees between now and March, cart included.)
Golf isn't dead. It is just waiting for a proper wake-up call.

More in this category: « It's the most wonderful time of the year...to sell your house 1990 Hot Spots Still Pretty Cool Today »
back to top
Back to Top