Casual readers of this site know how we feel about retirees obsessing over taxes when it comes time to consider places to live: Taxes are just one component of cost of living. In some cases, it is more expensive to live in a no-income tax state like Florida than in a state with income taxes, like one of the Carolinas. Those worried about fitting their budget to a new location should look at overall costs of living, not simply at taxes.

Although Georgia is the most expensive state in which to own a car, it is the 3rd most friendly tax state.
a helpful web site because it deals in fact, as well as a bit of retirement punditry, has ranked all 50 states in terms of overall costs to buy and maintain a car. If you are moving to Oregon with a car or two, according to Bankrate, you win; if you are moving to Georgia, well, start saving.

Georgia tops the list as the state with the highest car costs, according to Bankrate, with an average annual cost of $4,233 per car, or $8,466 for two cars (before any insurance discounts for multiple cars). Taxes and fees seem to be the culprit, the highest in the nation at an average of $1,952 per car, but gasoline costs are up there too. The only other southeastern state on the top 10 list for highest car costs is Virginia, at #9, and with an annual cost of $3,622 per car. Other southeastern states and their rankings and annual costs are listed below. 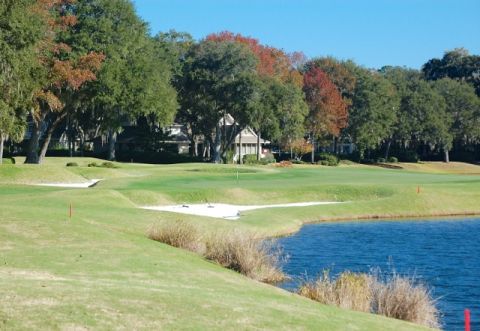 The Landings at Skidaway Island is just 20 minutes from downtown Savannah, making excursions in a car less costly than in more remote areas.

Just to confuse the situation further, Georgia ranks 3rd best on one source’s MOST TAX FRIENDLY states for retirees. Kiplinger online cites the Peach State’s income tax exclusion of up to $130,000 per couple over 65, its 2016 phase-out of state property taxes and its relatively modest 4% state sales tax as reasons for the positive ranking. Click here if you would like to go through Kiplinger’s slide show of the top 10 Tax Friendly States for Retirees.  South Carolina, Florida and Delaware are also on the list.

If you want any assistance sorting out the comparative cost of living differences by state and even by city as you search for your golf home, please contact us.

Ranking (most expensive) with annual costs

More in this category: « Matter of Altitude: Getting high could be the best way to beat summer heat in the South Not Home for the Holidays: December is good time to shop golf communities »
back to top
Back to Top