The July issue of GolfBusiness magazine includes a map of the U.S. that compares the number of golf rounds played, state-by-state, thru April this year and April last year.  The data suggests what we already know, that like politics, the state of the economy is very much local.

Through April, golf courses in half the states increased rounds and half decreased.  The strangest comparison was in North Dakota, where rounds played for the first four months this year were up by 334% over the same period last year.  Of course, in a thinly populated state like North Dakota, a few abnormally warm days in April could account for the dramatic increase.  Of greater significance is that most of the states with increases are in the northern half of the nation and not known generally as magnets for travel golf or golf communities.

Southeastern, golf-rich states run the gamut from mild decreases in rounds played to disappointing numbers.  North Carolina rounds are down just 3.6% year-to-year, Virginia 7.6% and South Carolina 8.6%.  Alabama and Georgia suffered through an especially tough first one-third of the year, down 13.6% and 14.3% respectively.

The good news is in the comparison of the month of April last year and this past April, when temperatures tend to make play possible in most parts of the nation.  East of the Rocky Mountains, every state except for Florida shows an increase in play year to year.  Rounds in Florida decreased by 2.9%.  Nationwide, rounds increased in April by an aggregate of just over 10%.

It will take more than four months for a clear demonstration that golfers are coming out of their few years of hibernation.  But April increases of 20.3% in Virginia, double-digit improvements in Georgia and Tennessee, and modest improvements in the Carolinas imply that things could be moving in the right direction.

GolfBusiness archives older issues at http://www.golfbusiness.com.  The full July issue should be available online in a month or two. 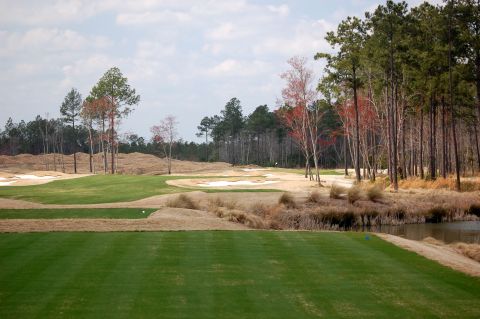 The few newly opened golf courses, like Cape Fear National in Leland, NC, are hoping the trend of increased rounds in April continues.

More in this category: « Repair your divots, or else Bounce off The Rim: Once highly regarded private Arizona golf club faces reality »
back to top
Back to Top