Golf course operators who open a new club in the current environment should have their heads examined, right? Not so fast. According to a recently released report from the National Golf Foundation, golf rounds played this year are on track to increase by a whopping 30 million from last year’s totals, the best year since 2000.

The unusually warm weather to the start of the year certainly propelled golfers to drag their clubs out of the closet earlier this year, especially in the northeast quadrant of the nation where nearly half the rounds in the country are customarily played. But balmy temperatures can’t account for all the drama in the numbers; consumer confidence also helped thaw the frozen state into which golf play had fallen. Consumer confidence has been up much of the year, and the feeling that things are getting better economically is as warming as a 50-degree March day in Vermont. 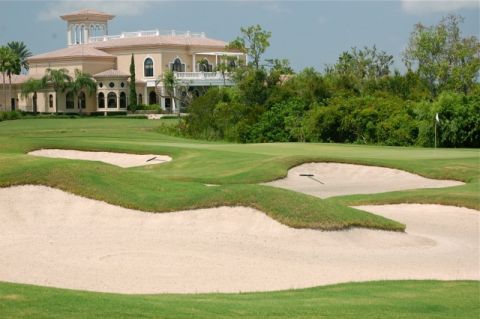 Development group Taylor Morrison has announced it will build an 18-hole golf course in its Esplanade community in Lakewood Ranch, FL, a town unto itself which already has a few golf community courses, one of which surrounds a pretty-in-pink clubhouse.

According to the Herald Tribune of Sarasota, FL, Taylor Morrison, a respected national builder, has plans for two new golf communities on the Gulf Coast. In Lakewood Ranch, just southeast of Bradenton, adjacent to its existing Esplanade community, Taylor Morrison will construct an 18-hole golf course and add 800 homes on a 400-acre piece of property. The company also announced it will build a 1,100-home community in Collier County, near Naples, that will include a new 18-hole golf course.

In the last few years, most industry observers had written off any chance of meaningful new golf construction. But the National Golf Foundation said it could account for 150 or so new golf courses planned for the coming few years, certainly more than we have seen built in the last few years. We are likely never again to see the explosion of golf course construction of the 1990s and 2000s but sophisticated builders like Taylor Morrison can do simple math, and in the millions of additional rounds played this year, and in the magic number of 76 million -– the total of baby boomers in or moving toward retirement –- we can very well envision a mini-boomlet in golf community construction over the coming decade.

More in this category: « Hope floats: Oddest practice range of 2012 Gulf Coast real estate inventory shrinking »
back to top
Back to Top